Yang Jianli is founder and president of Initiatives for China. Fang Zheng is president of Chinese Democracy Education Foundation. Zhou Fengsuo is founder of Humanitarian China.

By now, many people who remain haunted by the horrific slaughter of protesters in 1989 in Tiananmen Square have expressed shock and disgust at Donald Trump’s outrageous characterization of that tragic event. During the March 10 Republican presidential debate, Trump said that it was “a strong, powerful government that [reacted] with strength. And then they kept down the riot.” Though he hastened to add that he wasn’t “endorsing” the crackdown, it was too late: In one breath, he both smeared the students’ peaceful protest as a “riot” and characterized their murder as an illustration of “strong” leadership.

Even Trump’s most outlandish and crudest previous exclamations did not prepare us for such an astonishing mischaracterization of the Tiananmen massacre, which has become the iconic symbol of China’s brutal repression of its people. The Tiananmen demonstrations lasted from April 15 to June 4, 1989. Millions of Chinese citizens participated in many cities, as the protest grew spontaneously. Participants organized peacefully and sought dialogue with senior officials. The social order of Beijing was functioning well. But it all ended with a massacre ordered by Chinese leaders.

We three, who were lucky enough to have survived, still wrestle with the vivid memory of the brothers and sisters we saw mowed down by tanks and machine guns and who were left lying in the streets. One of us (Fang Zheng) lost both his legs when a tank ran over them. The other two of us (Yang Jianli and Zhou Fengsuo) narrowly escaped injury but later spent years in harsh imprisonment. We witnessed the slaughter with our own eyes. Trump’s callous dismissal of the tragedy, and his apparent esteem for Beijing’s butchers, left us speechless, in pain and in tears.

But beyond the details of the Tiananmen massacre, Trump has reminded us of a larger lesson. It is that the strong leadership he so admires, if untethered from a firm moral compass, can wreak terrible havoc upon innocent victims.

Here is another example of what strong but immoral leadership can do. TheU.N. Committee Against Torture recently issued a devastating report on China’s glaring violation of its obligations under the Convention Against Torture, to which China is a party. In addition to China’s widespread use of torture today, the committee noted its continued refusal to fulfill its duty under the convention to fully investigate the torture of protesters arrested and imprisoned after Tiananmen, to punish the perpetrators and to offer compensation to victims or their families.

Trump often extols “power.” He cares only about “winners,” but not, it seems, about whether they win by trampling rights and denying justice. His embracing the strength of political winners around the world, without regard to moral standards, sends a terrible message to the American people and to the world dictators who would happily welcome his like-minded company if he became president. If that happened, the human rights situation in many parts of the world would be further imperiled. This will not “make America great.” 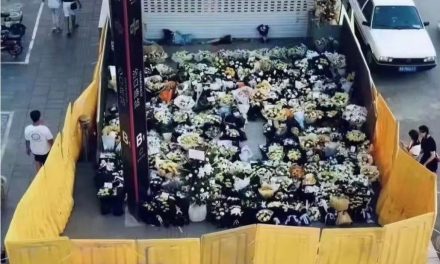