Last fortnight, the Opposition ferociously attacked the National Democratic Alliance (NDA) government for ~kowtowing~ to China by withdrawing the visas of anti-Beijing activists who were travelling to India for an unprecedented dissident gathering in McLeod Ganj, near Dharamsala. Counter-attacking last week, the ruling Bharatiya Janata Party (BJP) launched an equally intemperate attack on the Congress party for alleged corruption in buying 12 helicopters from Anglo-Italian firm, AgustaWestland – a contract the United Progressive Alliance (UPA) government had signed in 2010, but which had already been shaped by decisions the previous NDA government had made in 2003-2004. In both instances – the Dharamsala conference and the AgustaWestland contract – the Opposition and government abandoned integrity, logic and restraint, calculating that shrill name-calling, howsoever unfounded, might discredit the other in voters!!! eyes. Given the vital importance of India!!!s relationship with China, this column revisits the Dharamsala conference, looking beyond the noise and slander.

The key question is whether New Delhi showed a lack of spine in refusing visas to three activists, including Dolkun Isa, an Uyghur Muslim separatist leader from Xinjiang, now a political refugee in Germany, who Beijing is hunting as a terrorist – as it calls all separatists in its strategic western province. New Delhi had issued Mr Isa an electronic visa on April 22; but withdrew it on April 25 after Beijing expressed disapproval. Separately, without Beijing!!!s prompting, India also denied visas to two other conference delegates: pro-democracy activist, Ray Wong; and a journalist, Lu Jinghua.

If this pleased Beijing, not much else about the conference would have. Jianli Yang, the well-known Chinese pro-democracy campaigner and Tiananmen Square survivor, whose organisation ~Initiatives for China~ coordinated the Dharamsala conference, told me he was extremely pleased the conference went ahead, albeit in a truncated form, bringing together a host of anti-Beijing activists at Dharamsala, just a hundred miles from the Sino-Indian border. He pointed out that the Dalai Lama, an inspirational figurehead for every shade of China activism, granted the delegates a two-hour audience. The elected head of the Central Tibetan Administration (CTA), Lobsang Sangay, also received them for an hour. Mr Jianli admitted he had been in close touch with both the foreign and home ministries in organising the conference – putting paid to theories of a ~lack of coordination~ within the Indian government. In a frank telephonic conversation with me, he summed up what he considered a victory: ~All except three delegates got their visas and spoke at the conference. New Delhi told us that, due to the high Chinese sensitivity, we should change the format of our talks into an !!!informal discussion gathering!!!. I regret the visa cancellation, but it is far more important that India allowed such a gathering to take place in Dharamsala.~

It is contextually important to note that India has, since 1959, provided political asylum to the Dalai Lama and over 100,000 Tibetan refugees. The CTA, effectively a government-in-exile, is based in Dharamsala. In contrast, important powers, including the United States, avoid stirring up Chinese ire on Tibet. Powerful western leaders shy away from receiving the Dalai Lama, even from being seen in public with him. Given India!!!s comparatively forward position on Tibet, to also host dissidents from Xinjiang – Beijing!!!s other big separatist concern – was always going to escalate confrontation. India has never hosted an Uyghur separatist leader before.

Charges of backtracking were inevitable given the narrative of confrontation around the Dharamsala gathering, even before the visa issue came up. The media had reported the conference – actually organised months in advance – as Prime Minister Narendra Modi!!!s retaliation against Beijing for blocking an India-sponsored motion at the United Nations last month to designate the Pakistan-based Jaish-e-Mohammed chief, Masood Azhar, a terrorist under Security Council Resolution 1267. China alone had objected in the 15-member UN council, saving Islamabad some awkwardness. Given this context, any moderation by New Delhi was always going to be termed a retreat.

Did Beijing intimidate New Delhi into withdrawing visas to conference delegates and emasculating discussions by banishing them to the backrooms? Or did New Delhi successfully signal a threat to Beijing and, having done so, make a mutually face-saving withdrawal based on an unpublicised compromise between the two sides? It is hard to say, but it is noteworthy that three senior Indian officials were in Beijing last week – Foreign Minister Sushma Swaraj, Defence Minister Manohar Parrikar and National Security Advisor Ajit Doval. They were not there for crisis management, since all three visits had been scheduled weeks in advance. But their presence would have helped a compromise.

Of course New Delhi could have chosen to disregard the Red Corner notification against Dolkun Isa, just as Germany does in giving him political asylum. But in focusing single-mindedly on the cancellation of his visa, critics of the government are forgetting that tens of other delegates were allowed in, after reminding Beijing about the Uyghur option. Allowing Mr Isa in would have inevitably triggered an escalatory spiral; with Beijing subsequently hosting Indian separatists. It was wiser to merely signal the option and allow Chinese policymakers the space to backtrack from their current position.

Crucially, the Dharamsala conference has served a reminder to the CTA-led Tibetan resistance of the need to join efforts with the larger, pan-China democracy movement. Close watchers in Dharamsala sharply criticise the CTA, which they regard as complacent and elitist – benefiting, as it does, from guaranteed Indian hospitality and support from second-rung celebrities in the west. Even as the CTA!!!s leverage within Tibet has declined, and a rising China has become less vulnerable to international demands, the exile movement continues to base its strategy on attracting powerful western countries to exert pressure on Beijing. Says one expert cuttingly: ~It is most fortuitous that this conference has gone ahead. The CTA is turning into a political basket case, with morale and hope for a constructive post-Dalai Lama leadership lower than ever. So dialogue with other partners in the pan-China democracy movement (which the CTA has never wanted) seems like breath of fresh air in a very stale political environment. At least it sets a precedent.~

It remains to be seen how the CTA and New Delhi take forward the cooperation initiated at Dharamsala. Mr Jianli!!!s concluding words in his inaugural address at the gathering would not have pleased Beijing. He finished with: ~I believe this assembly will strengthen our alliance and jump-start the next round of our joint work.~ 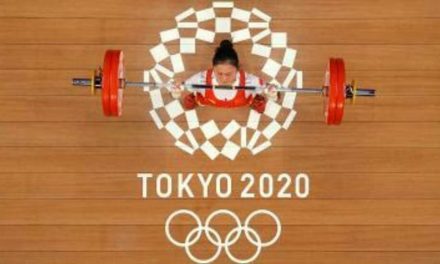