TORONTO (November 23) – Canadian Journalists for Free Expression will honour Chang Ping with the International Press Freedom Award, Asad Aryubwal with the Integrity Award, Ali Mustafa with the Tara Singh Hayer Memorial Award and CBC’s Aboriginal team with the Investigative Award at the 2016 CJFE Gala on December 1, 2016, in Toronto.

“CJFE’s annual Gala is a celebration of the people who put their careers, freedom and too often their lives at risk in the name of free expression,” said Tom Henheffer, CJFE’s Executive Director. “It’s our honour to share the stories of this year’s courageous awards recipients, who have worked tirelessly to expose important stories both at home and around the world.”

Award recipients are as follows:

Chang Ping is one of China’s best-known journalists who reports on political issues. He writes about sensitive topics including democracy, media censorship, the failures of government policy and Tibet. He is the winner of the International Press Freedom Award. This award recognizes the outstanding courage of journalists who work at great personal risk and against enormous odds so that the news media remain free.

Establishing himself in the 1990s, he first reported from Guangzhou. As censorship has tightened in China, Chang’s pleas for transparency and accountability have put him under a political spotlight. In 2011, while working as the editor-in-chief at the now-suspended weekly magazine iSun Affairs in Hong Kong, Ping was denied a work permit and forced to live in exile in Germany with his family. He remains there today and his columns and books are banned in the country.

From Afghanistan, Asad Aryubwal risked his life and his family’s to tell the truth. In a series of interviews with international media, he spoke out against powerful warlords, including Rashid Dostum, who is now the vice-president of Afghanistan.

For warning the Canadian government and others that they were conspiring with a war criminal, Aryubwal was forced into exile with his family and never able to return to his country. Aryubwal spend many years as a refugee in Pakistan, facing constant death threats from the warlord he has exposed.

Aryubwal will be presented with the Integrity Award, awarded to an individual or individuals who acted courageously in the public interest without thought of personal gain, and in doing so risked reprisals in the form of threats to their personal and professional lives.

Ali Mustafa was a freelance photojournalist, activist and writer from Toronto. His work and politics spanned from writing about the Landless Workers Movement in Brazil to working as a photojournalist in Palestine, Egypt, and Syria.

In 2014, Ali was killed in Aleppo, Syria during an aerial bombing initiated by the Assad government. A military helicopter dropped one bomb and then another after people had gathered to survey the scene. Ali was killed in the second bombing. He was in Syria to continue his work exposing a tragedy that he believed the rest of the world should no longer ignore.

Mustafa is the recipient of the Tara Singh Hayer Memorial Award, which recognizes a Canadian journalist who, through his or her work, has made an important contribution to reinforcing the principle of freedom of the press in this country or elsewhere, and who has taken personal risks or suffered physical reprisals for their work. Mustafa’s photographs will also be on display at the gala’s photo exhibit.

Canadian Journalists for Free Expression (CJFE) monitors, defends and reports on free expression and access to information in Canada and abroad. Rooted in the field of journalism, CJFE promotes a free media as essential to a fair and open society. CJFE boldly champions the free expression rights of all people, and encourages and supports individuals and groups in the protection of their own and others!!! free expression rights. For more information, visit cjfe.org.

For more information or to request interviews:

TORONTO (November 23), Canadian Journalists for Free Expression (CJFE) will host its 19th annual gala on December 1. This year’s honourees include Asad Aryubwal with the Integrity Award, Ali Mustafa with the Tara Singh Hayer Memorial Award and the CBC Indigenous team with the Investigative Award. A special spotlight on China will applaud Chang Ping with the International Press Freedom Award and highlight the work of photographers who documented the Umbrella Revolution.

Hosted by Mohamed Fahmy and Marcy Ien, the gala celebrates brave journalists and media workers from Canada and abroad who risk their jobs, freedom and too often their lives in the name of free expression.

What:       CJFE Gala: A Night to Honour Courageous Reporting

CJFE is proud to present and sell photographs by key photojournalists who documented the 2014 Umbrella Revolution in Hong Kong. These stunning images by Lam Yik Fei and Xaume Olleros highlight the student-led, pro-democracy movement that saw tens of thousands of people take to the streets to demand independent and fair elections in the territory after China insisted on vetting the candidates for chief executive. Protesters often used umbrellas to shield themselves from police pepper spray. Coverage of the protest actions was heavily censored in the media and on social media in both Hong Kong and mainland China.

The exhibit, sponsored by Aon, will also showcase photographs from Ali Mustafa, a Canadian freelance photojournalist, activist and writer. His work spanned from writing about the Landless Workers Movement in Brazil to photographing conflicts in Palestine, Egypt, and Syria.

In 2014, Mustafa was killed in Aleppo, Syria, during an aerial bombing initiated by the Assad government. He was rescuing victims and surveying damage from a deadly blast when a military aircraft dropped a second bomb, killing him and seven others. Mustafa felt compelled to cover the conflict in Syria first-hand to expose a tragedy that he believed the rest of the world should no longer ignore. Mustafa will also be honoured with the Tara Singh Hayer Memorial Award.

The exhibit highlights and reminds us of the threats journalists face to bring us the truth and the resilience of citizens who bravely stand up for their rights. Proceeds from the exhibit will go to CJFE’s Journalists in Distress Fund, which provides emergency assistance to journalists whose life or well-being is threatened.

About Canadian Journalists for Free Expression 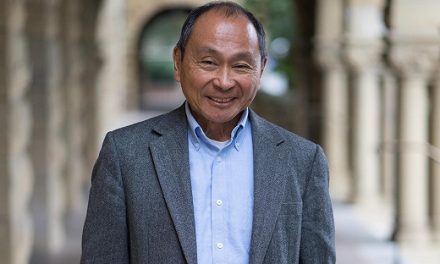