公民力量创始人楊建利博士应邀出席欧洲议会人权委员会（布鲁塞尔）在当地时间今天下午2:30-5:00举办的听证会，听证会的题目是“Authoritarianism and shrinking space for freedom of expression, press freedom and human rights defenders, with case studies on China, Egypt and Russia” 。由于早前安排了当天在美国其他日程，杨建利无法亲往现场出席听证会，而是通过视频发表作证演讲和参与讨论。这是杨建利博士第二次在欧盟人权委员会作证，前次是7年多前的2012年12月。

“Authoritarianism and shrinking space for freedom of expression, press freedom and human rights defenders, with case studies on China, Egypt and Russia”

Thank you for inviting me to speak at this timely and important hearing. It is timely because the coronavirus epidemic has helped reveal fatal defects of the Chinese Communist Party’s totalitarian governance system under the leadership of Xi Jinping. This is deeply relevant to the theme of this hearing. The mishandling of the epidemic on the part of the CCP government, and its consequences for the entire Chinese society, has everything to do with Xi’s totalitarian politics. Everything that is going wrong in this crisis could have gone wrong under the CCP rule without Xi Jinping, as we learned in 2003 when SARS plagued China, but it is significantly much worse under Xi.

Xi Jinping has grasped all the levers of power in the Party and the state including the military and police. The Party has reclaimed the authority over economic policy that it delegated to the state starting in the 1980s. Within the Party, Xi acts as if he is personally in charge of everything. He chairs eight of the leading small groups. Xi’s hold on the People’s Liberation Army is even more complete than his hold on the Party and the government. Xi is preoccupied with shoring up loyalty to the Party and himself. Party officials in general are told to shun any “improper discussion” that questions central policies. These warnings serve not only to reinforce Xi’s authority and keep the Party in line behind him, but also to cripple the ability and power of other politicians and officials on various levels to do the governance job that any government should do.

Xi has also turned left ideologically, striking fear into intellectuals, journalists, and private businesspeople. Returning to Mao-style rule by terror, Xi is intent on controlling every aspect of people’s lives. At the 19th party congress that kick-started his second term in power, Xi evoked a famous saying by the late Chairman Mao Zedong: “Party, government, military, civilian, academic; east, west, south, north, and the center, the party leads everything.” In addition to absolute control of political power, it ensures that the party state will monopolize the key economic sectors.

Under Xi, the CCP’s stability-maintenance machine has become more efficient and more totalitarian. Censorship was once fragmented across agencies, with cracks that nimble journalists and netizens could exploit to circulate information. Now the censors are more consolidated and centralized. A potent new Cyber Administration, run by a leading small group that Xi chairs, aims to win what Xi calls the “struggle for public opinion.”  Over 30,000 Chinese surveillance companies have more than 1.6 million employees. These firms are led by Huawei, Zhejiang Dahua and Hikvision. They toil to perfect and export China’s mass surveillance system. Their products such as Hikvision cameras are widely sold in the European market. Some of them, such as Alibaba and Tencent, use the EU free market to access capital and technology to develop surveillance products.  Because thought control requires monitoring people’s activities, mass surveillance is required. The CCP has spent lavishly to build a massive surveillance system that allows China to deploy its sophisticated network of social control. Just as with the Party in Orwell’s Oceania, the reason is to preemptively eliminate any risks that could threaten the regime’s security. In the CCP’s phraseology, it is to “improve the three-dimensional, legalization, specialization and smartness of social security.” No doubt, China has become a high-tech digital surveillance superpower since Xi took power, and now its surveillance long arm is reaching out to the world.

The overriding grand goal of China’s national rejuvenation and the China dream allows the party-state to continue denying the political rights of Chinese people as well as people of Hong Kong, and to continue to oppress the Tibetan and Uyghur Muslim minorities. Gross abuses of power in China are rampant. China’s model of governance reflects Xi’s regression to a Mao-style strongman rule — characterized by absolute party, dictatorship, violence and terror, and absolutely no mercy for any dissent.

All this has happened as the CCP itself and its apologists believed that western liberalism as a mainstream global political ideology is declining rapidly, along with its governance system. They can no longer hold the world together, and the world is looking for China to provide an alternative ideology and governance model. That strategy evolved into actively participating in and pushing for global governance reforms, a euphemism for rewriting international rules, which further developed into “one world, two systems,” by creating a dual international system to directly compete against the liberal democracy. Now the People’s Republic of China has entered what Chinese official media have called the “inevitable stage of China’s rise” — China will lead the world into the future, driven by the laws of history.

The CCP’s grand strategy seems to avoid direct confrontation with the United States, and to use global “rural areas” to encircle the US. It believes that the EU is the 2nd world that can potentially form a united front against the US, a Maoist strategy. The EU is thus a main battle ground in China’s war for world dominance, a new cold war if you will.

The challenges posed by the CCP lie in the Party’s lies and deception, its financial power, its propaganda apparatus, and its adaptation of the West’s rules of the game, in order to win the match. China is pretending to be a peace loving, benevolent authoritarian ruler to get a foothold into the EU and expand its political and economic influence. Central Europe is a particular target because the CCP believes this area is a weak link in the chain where democracy has not firmly rooted, a region where China can achieve a breakthrough.

China wants to use the EU to establish RMB’s dominance against the US Dollar: another challenge.  The export of Huawei’s cheap 5G technology to control the EU communication network is still another strategy of domination.

What this means for the world is that China is on offense, with the intention to lead through economic growth initiatives such as the Belt and Road Initiative, development via the Asian Infrastructure Investment Bank and, for a vision of united global future, China’s “Community of Common Destiny for All Mankind,” rhetoric that animates Chinese official documents and speeches.

Despite China’s global governance ambition and aggressive propaganda campaign, the failure in containing the Wuhan pandemic shows its inferiority. The virus is shaking Xi Jinping’s totalitarian system, and his plans for global control.

Madam Chair, on December 6, 2012, a little more than 7 years ago, I spoke at the Public Hearing ” held by this same subcommittee.

I predicted in my presentation that “(t)here may not be significant change to the Chinese regime in the next one to three years, but there will be a major one in the next 5-10 years.” I might have surprised many people by saying so. My prediction was based on the following analysis, which was also laid out in the same presentation. It usually takes four factors to be present at the same time to begin a real democratic transition in an autocratic country: 1) general robust disaffection from people; 2) split in the leadership in the autocratic regime; 3) viable democratic opposition; and 4) international support. Plus one triggering factor: crisis.

I knew the crisis would sooner and later come, natural and man-made, given the nature of the system; like the Soviet Union, PRC must have its Chernobyl moment.

Time does not allow me to elaborate on these factors, which are in the making in the epidemic crisis. I would like to talk about them in Q&A.

With regarding to the factor of international support, I want to emphasize that the EU should soon come up with a contingency plan taking the leverage provided by this disaster to re-shape China’s future course, making sure the lives lost in the epidemic and the sacrifices many Chinese heroes have made in past decades are not, after all, in vain.

I do additionally have quite a few recommendations to make specifically to the EU, which I would reserve for Q&A. 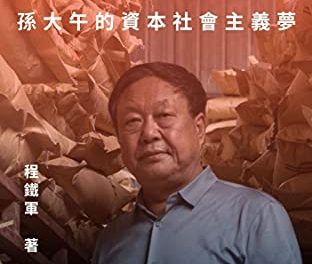 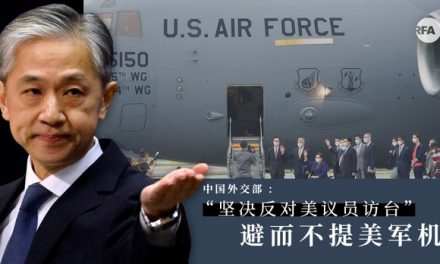