We write today to urge you to do everything in your power to press the Chinese government to release jailed human rights activist Guo Feixiong on medical parole, involve President Obama in his case, and draw international attention to the plight of human rights activists in China.

Yang Maodong, better known as Guo Feixiong, is a legal worker, writer, and promoter of human rights and democracy in China. Guo began his advocacy work on behalf of religious minorities, providing legal counsel to incarcerated Christian pastors and Falun Gong-affiliated attorneys. A founding member of the “rights movement” in China, he is a self-taught lawyer who has defended thousands of Chinese citizens who did not know they were theoretically entitled to civil rights under China’s constitution.

From 2005 to 2014, Chinese officials arrested Guo on four separate occasions, and he has spent a total of eleven years in jail. He is currently serving a six-year term in Yangchun Prison for the crime of organizing peaceful protests against China’s censorship of the press. In prison, Guo has endured brutal treatment, torture, and humiliation, and in response, initiated a hunger strike in May. Currently on the 74th day of his hunger strike, Guo has lost at least a third of his body weight, exacerbated his gastrointestinal medical conditions, and seriously threatened his life.

In response to widespread cries to provide Guo with proper medical care, Chinese officials—against Guo’s will—conducted a colonoscopy with no pain killers, while filming the entire procedure. They also shaved his head and forced him to squat “like a bug” in the presence of prison guards. He has been denied yard time for over 800 consecutive days, denied visitation, and denied medical attention from private doctors not associated with the regime.

Guo’s wife Zhang Qing has pleaded with her husband to end his hunger strike and preserve his life. Zhang and her two children, who have resided in Midland, Texas since 2009 following their escape from China for their safety, have not seen their husband and father in six years.

We ask you to support Guo, press for his release on medical parole, and bring public attention to his case and the appalling treatment of prisoners of conscience in China. Bold action is needed on your part and on the part of the President to leverage criticism of China’s human rights record to effect meaningful improvements in the protection of civil liberties, respect for the rule of law in China, and humane treatment of prisoners. The United States should no longer prioritize economic dealings with China over advancing the cause of human rights.

We look forward to your response. 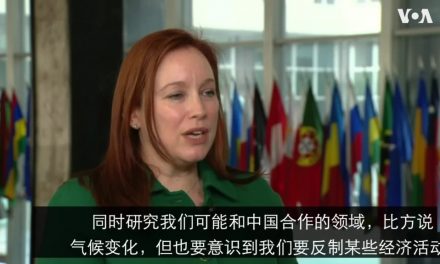