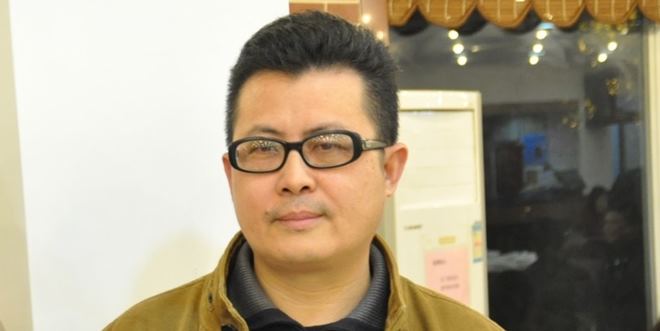 I am Yang Maodong, a citizen of the People’s Republic of China, and my pseudonym is Guo Feixiong. I am a free idealist and human rights worker dedicated to promoting the reform of China’s constitutional government. When this humanitarian crisis came suddenly and my self-help efforts were fatally obstructed, I had to openly petition you and call for urgent intervention in accordance with the citizen’s right of appeal stipulated in Article 41 of the Constitution of the People’s Republic of China.

Here’s how it happened: My wife Zhang Qing moved to the United States in 2009 and now lives in Maryland. On January 9 this year, a major laparotomy for colon cancer with liver metastases was just completed. According to the hospital’s arrangement, a 24-week chemotherapy is required immediately. The risk is extremely high and her life is in danger. I must rush to the United States immediately, take care of her as best as possible, and help her through the most dangerous and difficult hurdles in life. My wife’s experience brought deep sorrow upon me, and every delay of a day is a mental torture. Your public servants are also husbands, and you must have empathy with ordinary people. You should be able to imagine and understand my heart-wrenching pain.

This is not only an oral warning, and it is happening at this moment. Outside of the building where I live, it has been many of plain clothes from the Ministry of Public Security, and among them are those who followed me closely for a few days after I was released from prison. This morning, I bought a flight ticket from Guangzhou to Washington, USA departing at 4:50 pm on January 28, tomorrow afternoon. As the warning indicated, I encountered the “intentional operation”: at 2:28 pm, the booking agency Ctrip suddenly changed my ticket from Guangzhou to Shanghai to the next day, January 29, so I will have to miss the flight from Shanghai to Washington scheduled at the evening of January 28. Such arbitrary trampling of the law and arbitrary tearing up of commercial contracts actually happened in today’s China, where your leaders have repeatedly promised to establish a society “ruled by law”. Officials of the Ministry of Public Security can use privileges beyond the law or threats of violence to order any business. It is shocking and even more infuriating when these officials conducts serious illegal operations and even obstructs the lives of citizens.

My wife is looking forward to my arrival day and night, but I can’t rush to her side in time, and I feel guilty and traumatized. Although we are separated for a long time, we are affectionate and respect each other. Once stay together for life, we love each other for ever. She gave everything for me, and today is my turn to give everything for her. I will overcome all hardships and dangers, and cross all swords and fires, without hesitation. If I cannot successfully board the scheduled flight from Shanghai to Washington on the evening of January 28, 2021, I will immediately go on an indefinite hunger strike.

No unrighteous person can stop me. This does not require future verification. My history of struggle, especially my history of behind bars, is sufficient proof. But even so, I still don’t want to give up my expectation of empathy for all your public servants. For the sake of life, love, and the image of China’s civilization and benevolence, I would like to make another urgent appeal to all your public servants as a Chinese citizen: Please perform your duties in accordance with the law, immediately intervene this event and remove the illegal instructions from the officials of the Ministry of Public Security who violated laws and disciplines, removing all obstacles and allowing me to proceed smoothly going to the United States to take care of my seriously ill wife without any delay. Please let those officials never artificially create any humanitarian tragedy. Otherwise, no one is an isolated island. And all the cruel and inhuman encounters that happened to me today may be encountered by everyone, including you, me, him, and our children and grandchildren. There are plenty of historical examples on this event. Please consider my words seriously.

I wish you all public servants, in the cause of human rights and the rule of law, to make tangible contributions to China’s billions of sovereign citizens in the new year!

Citizen of the People’s Republic of China: Yang Maodong